What a year! My second beautiful boy was born in June and we had a pretty tough few months with feeding/weight issues, a hospital visit at 8 weeks and general crankiness til he was 4 months old! When I wrote about parenting 2 boys I think I was in a bit of a negative place…. things do get easier and we’ve had a great few months now…

All the while his big brother W has developed such a character over the year. Full of chatter, very clever with words, numbers and his imagination… and potty trained to boot! 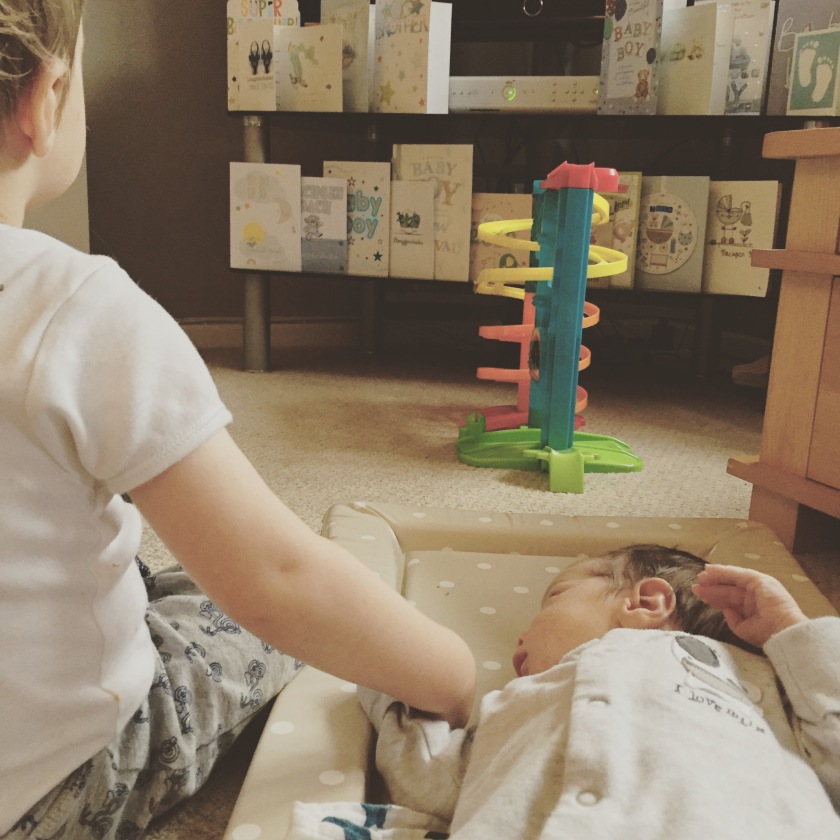 Early in 2017 we desperately want to find a new, bigger home. We’d put an offer in on one but had to pull out as it was overvalued, so really hoping something in the desired area comes up very soon!

And then before you know it, I’ll be back in work in June 2017! I decided to take a full year for maternity this time around, I’m not planning on having any more and it’s lovely having extra time with W as well as baby S.

I’m not really one for New Year’s resolutions but I would like to get fit again (been saying that for years!!) and ever since my dad died I’ve been trying to be a better person whether it’s helping local charities or whatever…

The blog’s ticked along nicely in 2016, I’m a stats geek so glad visitors are up 60% this year! The bulk of these are from Google so people randomly finding my blog which is ace!

I’ve thought about giving it up but I’m going to keep going with it in my sporadic fashion… it keeps my work (digital marketing) skills up-to-date e.g. SEO and I’m now on Instagram and been dabbling on Pinterest, my blog is my little corner of the Internet for me… and I enjoy it!

No real blog ambitions for 2017… I went to my first few blogger events in 2016 and will hopefully go to more in 2017, it was really lovely to briefly meet other local bloggers. I’d like to say I’ll do fewer reviews as they tend to hang over me and stress me out too much but the reality is I hate turning them down! So basically expect more of the same 😉

I was chuffed to make a couple of round-ups…. Britmums used my ‘poignant’ breastfeeding story full of ‘raw emotions’ in a breastfeeding round-up which was a proud moment, and a baby toiletries (Child’s farm) review I wrote got added to a Tots100 pregnancy round-up.

I always love looking back at my top 5 most popular posts so this year’s in reverse order were….

#5 – REVIEW Clarins mum-to-be treatment – an oldie but a goodie from 2014, still gets lots of traffic from people googling this

#4 – 9 places you can donate baby clothes in Cardiff – I am SO glad this made the top 5, it went a bit viral locally when I published it (thanks in part to local uber-blogger Cardiff Mummy Says sharing it) and I know for a fact that some of these places have had donations because of the blog post….. and that is a good feeling!!

#3 – the ultimate guide to holidaying with a 1 year old – I wrote this epic guide in 2015 and it does well on Google for lots of related searches, and I can see people have shared it in forums too

#1 – the Bumbo vs Snug – same as last year’s #1 post, this oldie from 2014 still gets lots of google traffic daily too… I really should be on commission!