It’s only the 10th of Jan but Christmas feels like a lifetime ago. We had the most wonderful time,  it was the first year both boys were really excited about it. Wonderful memories were made…. S stealing the show at his first Christmas concert while W behaved impeccably as an elf….. Santa and his elves driving round the village in their sleigh on Christmas Eve…. Christmas day being full of ‘wow’s’ and ‘whoa’ as the presents got opened – W loved all his lego and Harry Potter themed gifts, S loved his wooden ice lollies, ice cream van, tesco van… you get the idea!

With a house full of lurgies, we had quite a lazy time but we did venture out ice skating, a walk on Barry Island beach and a trip to one of our favourite places locally – Dyffryn Gardens.

The boys both had a good year – W continued to do well in school – now in Year 1, with a good group of friends, for him 2019 was all about football and then Harry Potter. He also loves drawing pictures and still loves colouring in. He can swim 5 metres unainded 🙂 As summer turned to autumn and then winter, he continued to wear shorts to school most days! He’s definitely growing up – the last few weeks I’m no longer allowed to kiss him!

S started school nursery in September. Despite being challenging at times at home, he’s one of the quiet ones in school – probably as he’s one of the youngest and smallest. He’s settled in well but we don’t hear much about what goes on or what he gets up to! He did really well with potty training before school started, and transitioned to a big boy bed… although did spend most of the year sleeping in our bed! He’s finally started entertaining himself in terms of playing with things like trains. He’s always had a good ear for music so he goes to a ‘fun with music’ class every week.

Most of the time they are best of friends – like whirlwinds around the house, dressing up, filling ‘shopping bags’ with their toys, lots of roleplay from everything from Santa to policemen! 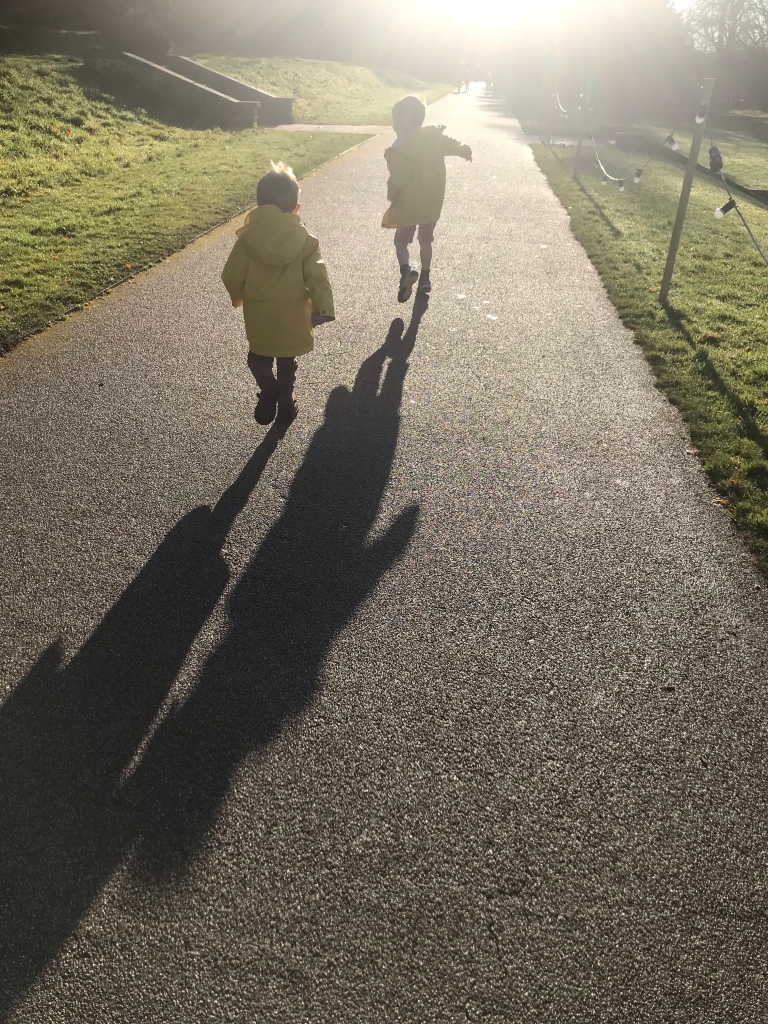 Well I turn 40 in August so I’d like some fun celebrations with family and friends. I feel like overall 2019 was a good year for me so I want to just grow on that by:

I always like looking back at the blog but since last year it’s continued to decline in terms of visit numbers and the amount of posts (only 8, down from it’s peak of 62!) It doesn’t really bother me – I could blog a hell of a lot more including updates on the boys, reviews of local places but I feel like my spare time is already so limited! I still like having this little corner of the web for me – so I’ll keep it ticking over for a while yet 🙂

#2 – 9 charities to donate baby clothes to in Cardiff – delighted this one’s still doing well from 2016 and helping some local charities!

#1 – ultimate holidaying guide for a 1 year old. This is a couple of years old but still gets visits via google every single day!

Thanks to all my regular readers for sticking with me – I’ll try and do better in 2020! Happy new year all x