Back in January we spent a week in Benalmadena… our first holiday abroad as a family of four!

Our trip was a late deal, we came across the hotel Benalmadena Palace on OnTheBeach, booked it, packed it…. loved it!

The rooms are pretty much as seen/described on the website… a living/dining/kitchen area with sofa bed, a separate bedroom with twin beds and a bathroom. One of the reasons we chose this place was the fact it’s an Aparthotel and you have a little kitchen… so handy!

It feels like it’s been renovated within the last few years, quite modern and feels fresh, very clean and spacious enough.

We got a cot bed for S and in doing so blocked the space in front of the wardrobe so we ended up living out of suitcases for the week which is ok, but you’d be fine without the cot in the way! 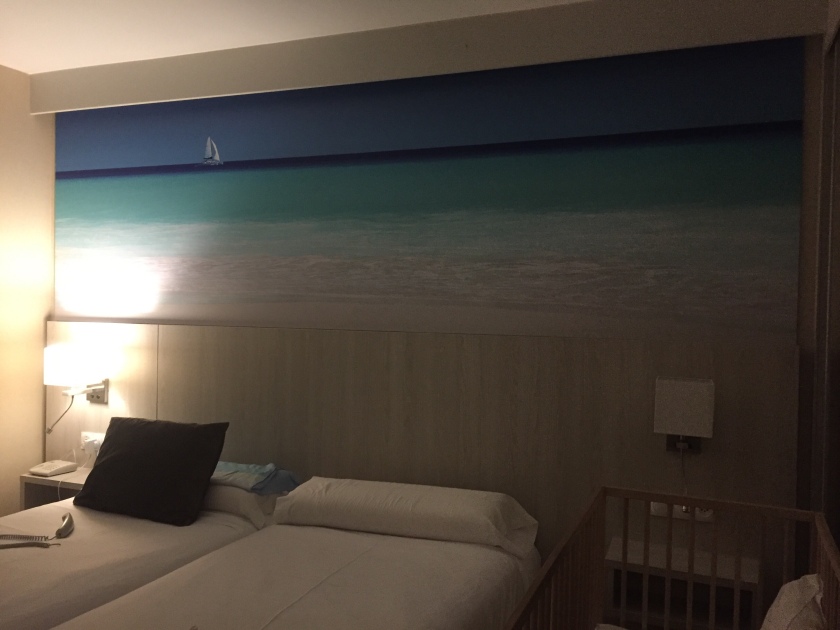 Another reason we chose the Palace is because they have a kids club. Ours were too young to stay in there unsupervised, which was fine… we just wanted access to a playroom to keep S entertained and we were very impressed! 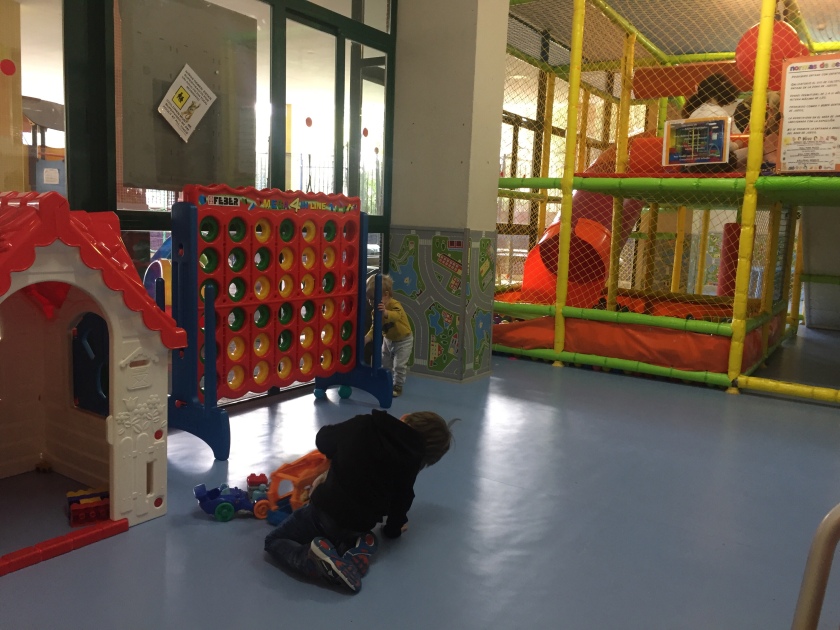 Plenty of toys, books, craft activities, dressing up… a ball pool/slide and an outdoor play area (which I noticed was in the shade.. very handy for hot summer months!)

For older kids there are lessons e.g. Football, archery

The kids club closes about 3pm/4pm but then opens again later after dinner and after the kids’ disco!

We tried out the indoor swimming pool but it’s 1.5M deep all the way around and I’m not much taller than that so wasn’t much good for me swimming with the boys… W and I stayed by the steps splashing instead! If you’re child-free, there’s a sauna and spa offering massages etc.

Holidaying in January it was way too cold to try out the outdoor pools but these would be fab in the summer.. the little toddler pool looks small but cute!

We were on half board, which meant we had breakfast and dinner included in the buffet restaurant. We couldn’t fault the food. Every night there was something different e.g. Fajitas, Chinese theme, and always plenty for the kids to eat (pasta etc).

There’s a little seating area for families which is handy as yes a bit more informal with wipe-clean tables, and animals on the walls etc. I notice they have an adults-only section of the restaurant too!

We also had lunch a couple of times in the pool-side bar, the food here was great for lunch… pizza, toasted sandwiches, chips etc and it was just about warm enough to sit outside! 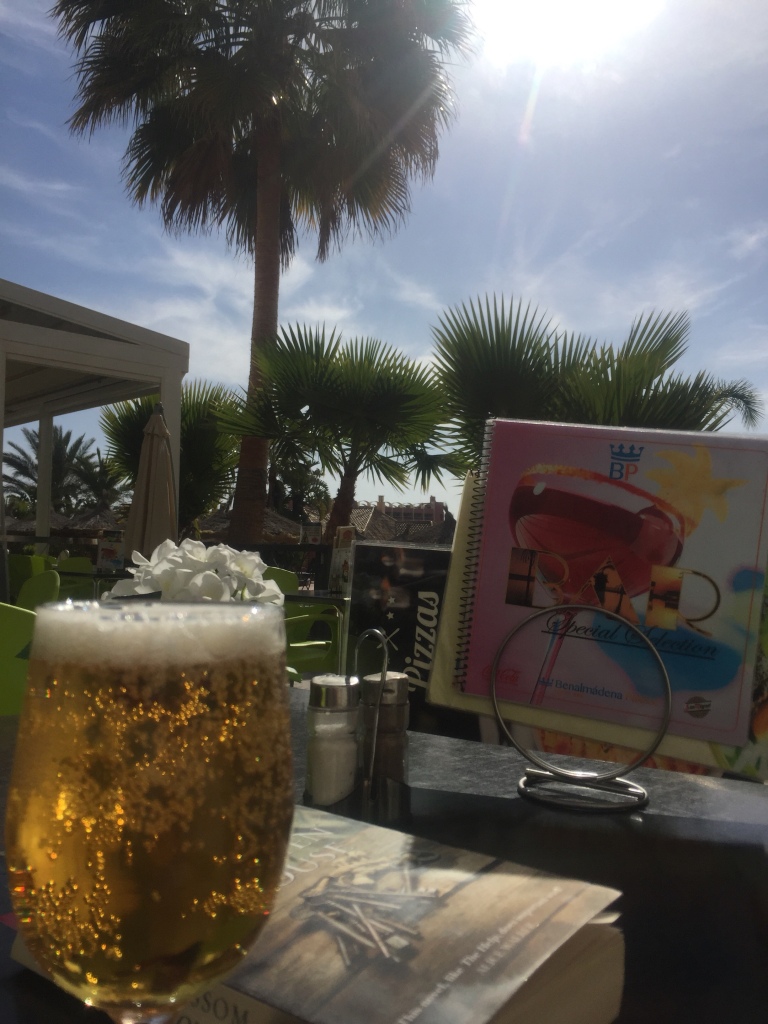 The Benalmádena Palace is down the far end of Benalmadena so a bit of a trek (about 30 min walk?) to the main attraction of the marina etc. The hotel has a free shuttle bus every half hour/hour to a place near the marina which is handy!

The hotel is also situated at the top of a hill which a lot of the reviews mention. Although it’s quite steep, it’s not too far and we didn’t struggle with it. Within easy distance of the hotel is a small beach and promenade area, a supermarket (and Burger King with playarea!) 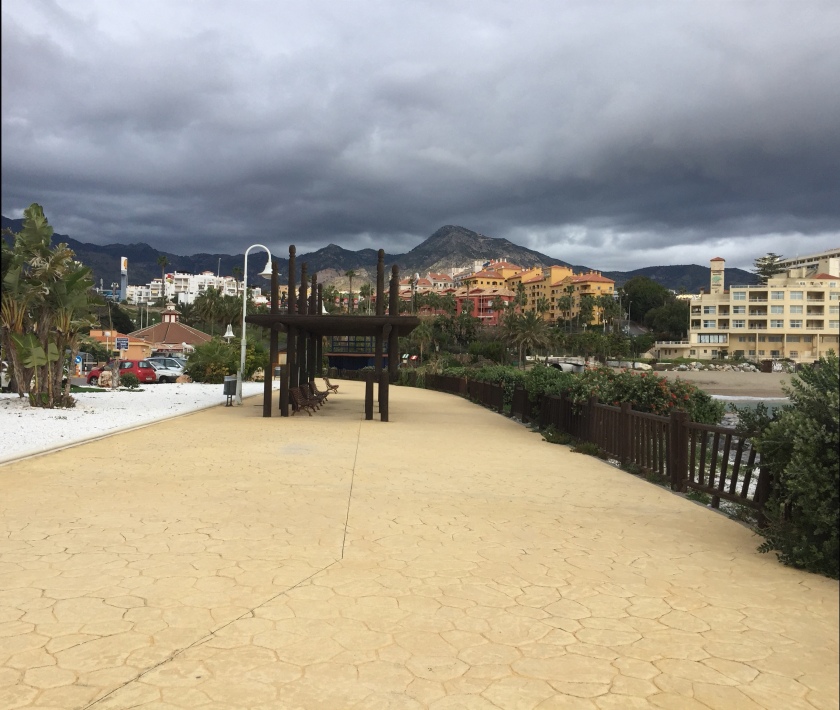 We really liked this hotel, the room, food and kids club were all great. I can’t say it was the best holiday as my OH spent most of it ill in bed with man flu!

But anyway, the only negative about the hotel was the noise levels from our room… we were in room 314 which was the same level as the main lobby… the bar is on the floor underneath and the sound just varied up the stairs, not so much the music but more just kids running about etc… they didn’t seem to go to bed til about 11pm! From the bedroom this wasn’t too bad, but sleeping on the sofa bed in the living room, you could hear everything!

In hindsight we should have asked to move, and if we go there again (which we definitely would!) we’ll ask for a quieter room, maybe the 2 floors above the main lobby (as they don’t have the open staircase)