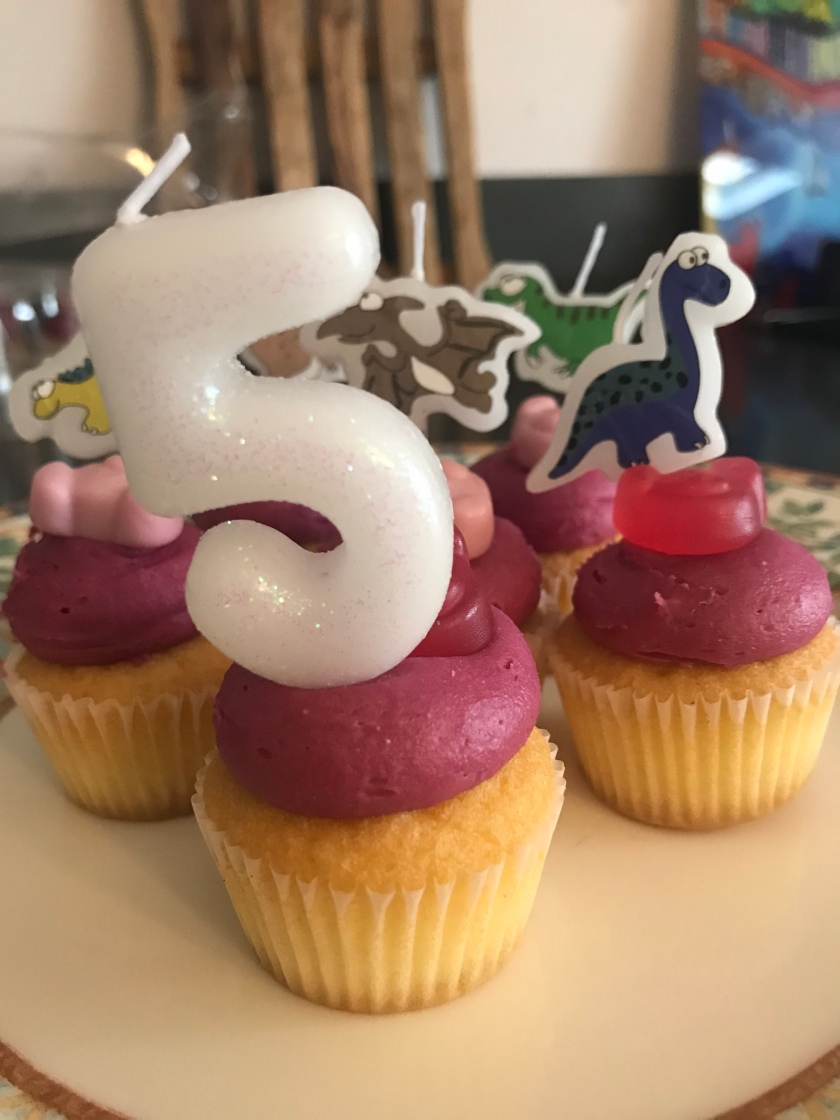 His birthday fell on a school day but thankfully a Friday, my day off! It was lovely hearing wake up and go ‘oh yes’ when he saw the balloons and first present in his room!

He got a couple of paw patrol vehicles that he’d been asking for, for months… and an Incredibles boat that I bought second hand for a fiver! We scooted up to school with a cake for his classmates and when I picked him up he had a little birthday play date for an intimate party…

See I’d asked him weeks earlier who he wanted to invite over on his special day, assuming he’d suggest a few of ‘the boys’ but instead chose just one person… a girl who is his girlfriend and who he’s going to marry! They had a whale of a time, we did pass the parcel (at his request!) and party games, fancy dress and running wild… I think the play date was the perfect birthday gift for him!

Family popped by with presents that weekend and then the following weekend he had a shared class party which he loved… and the next day we went to Butlins for a mid-week break… so he had a few weeks of celebrations! 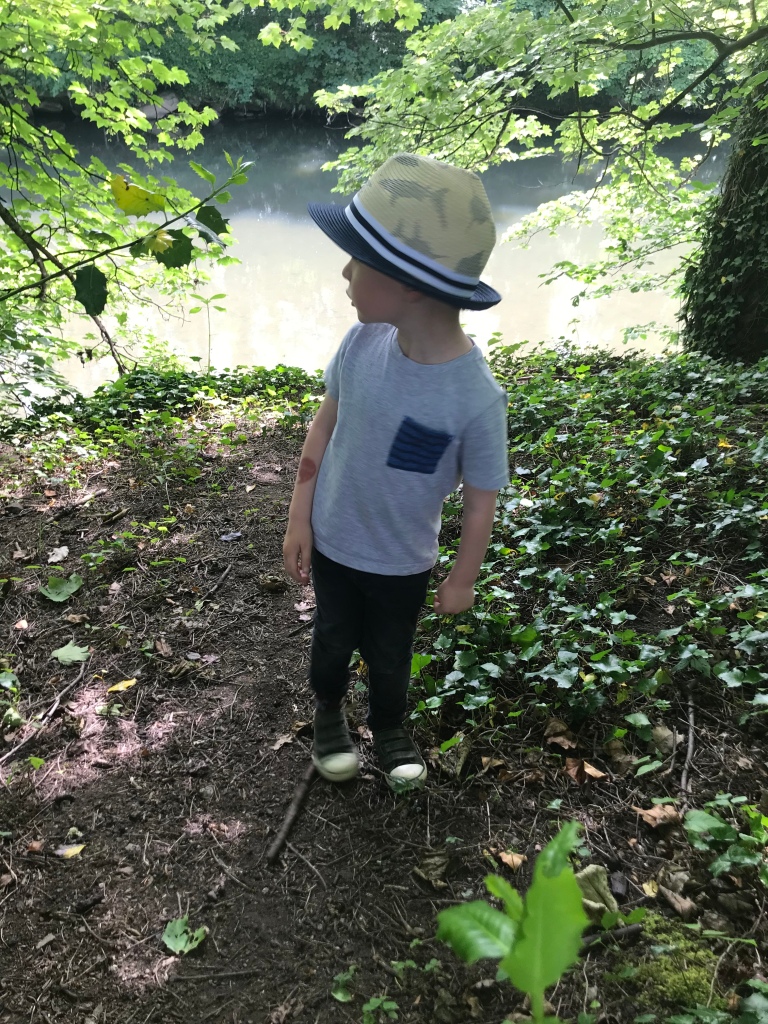 Over the last year

W has carried on growing into the most lovely, smart, inquisitive, happy boy!

He’s friends with everyone yet still happy to play by himself at times. He’s caring and enjoys leading his little brother astray!

We don’t have computer games, so apart from some iPad time occasionally, W loves playing… whether it’s ‘shopping’ around the house, building scenes involving animals, cars, dinosaurs… or sitting down with books from his newest hobby… spot the difference and ‘where’s Wally’ type books. He loves colouring in too.

He’s relatively quiet in terms of volume but he doesn’t stop talking! Ask him about his day in school and he can’t remember but boy can he reel off a story about the games he’s playing! 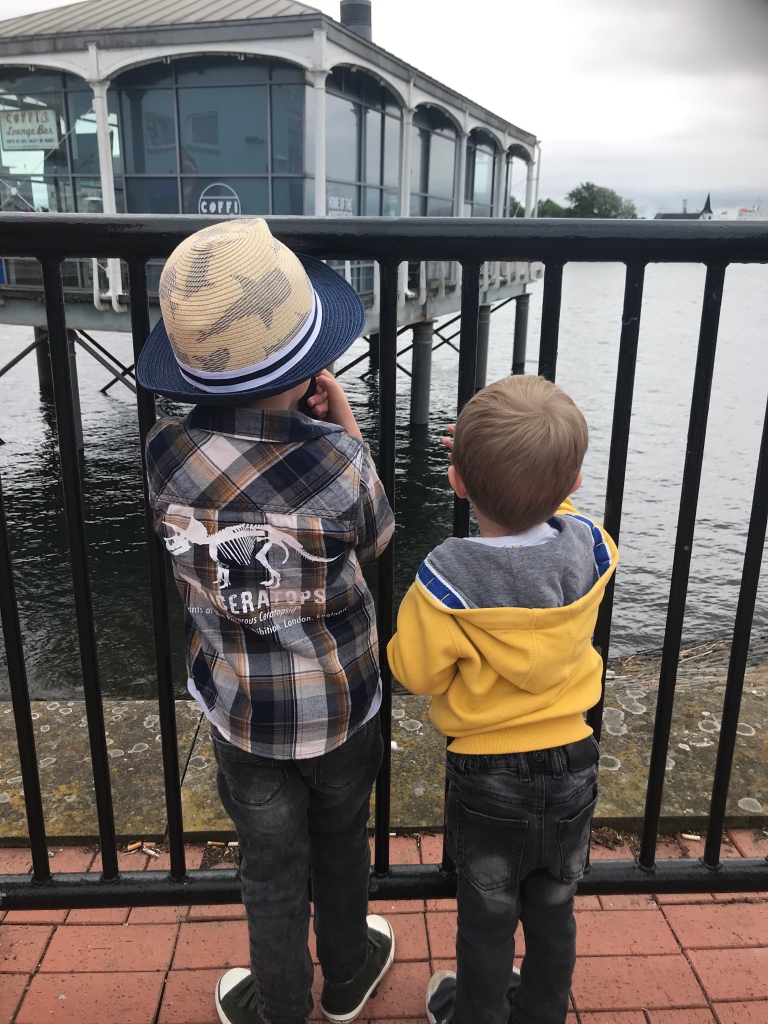 He’s doing great in school. He can now read and brings a new book to read every week, he gets so excited about it… a little bookworm like his mum!

He can write but we don’t practice enough! His Welsh improves every day and in the last few weeks he’s started doing french lessons too as some of his friends were doing it and he had FOMO!

Outside of school he does football on a Sunday morning (loves it!), swimming on a Monday (likes it, can swim with a woddle) and gymnastics on a Thursday (loves it!)

His favourite food is STILL ‘cheesy pasta’ but in the last few months he’s also fallen in love with my homemade roast potatoes… and burgers! Oh and he loves sandwiches ‘I’ll go mad if I don’t have a sandwich!’

He’s in age 4-5 tops but 3-4 bottoms. Still in nappies at night, we tried a couple of nights without but he wasn’t ready.

He loves the scooter we bought him at Easter. He loves being in the garden, looking for minibeasts. He loves kicking his football around. He loves going out whether it be a walk or a trip to softplay.

He gets excited about funny things like in Butlins recently ‘there’s a bin in every room!

I can never think of anything he dislikes… maybe tidying up after himself!

He’s a lovely-natured, inquisitive, smart, funny, energetic, innocent little boy and we are so proud and in love with him! Happy birthday W x x x x