My office is pretty much next door to John Lewis but I’d not checked out Benugo’s before, luckily the event was sandwiched between two of my meetings…

I arrived to a lovely selection of sandwiches. I say sandwiches but really they were more like wraps, mini baguettes etc. Posh sandwiches! 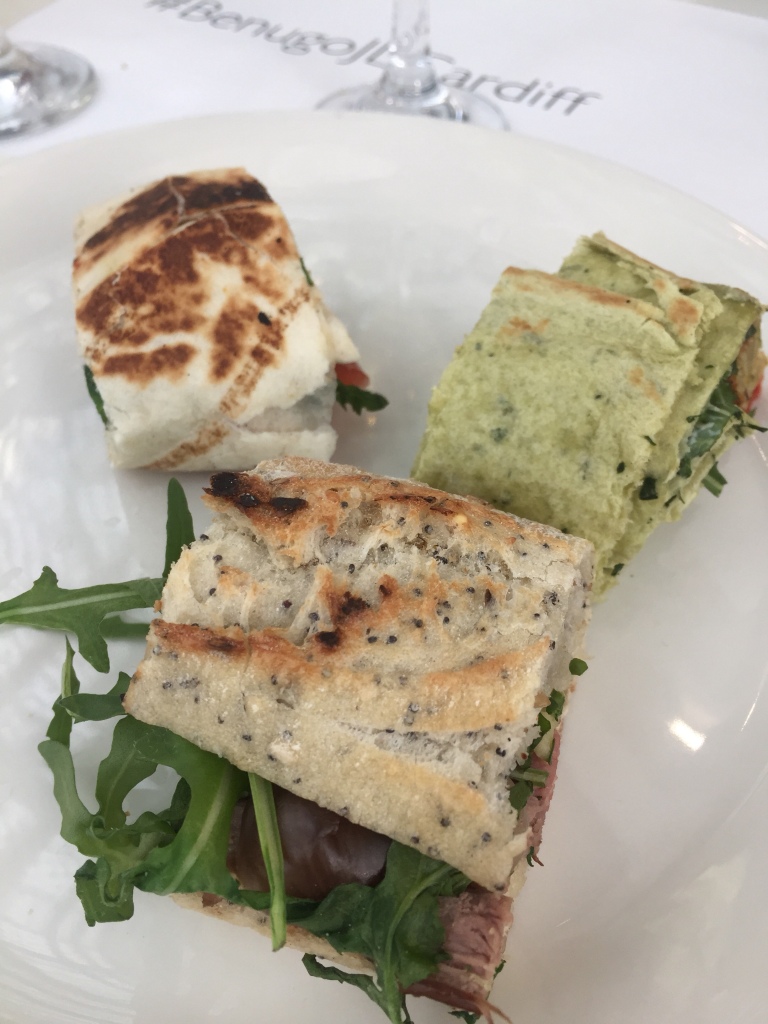 – chicken and avocado (with a little kick)

ALL were delicious! (And I think the latter two are available all-year round) Really tasty, flavoursome and good quality. I think they had a festive turkey, bacon and cranberry baguette on the menu but I was a bit late and missed out on that!

These were washed down with a glass of fizz and mulled wine 🙂 I only had a few sips of each as I had to go back to work, but it was a nice treat to have them both! My first mulled wine of the year… smelled and tasted like Christmas in a cup!

And to cap off a wonderful hour, we were given Christmas scones which contained cranberry, orange and cinnamon.

Before I knew it, it was time to head back to work, but what a magical hour I had! Was lovely to meet John Lewis’ Ruth and local bloggers KellyAllenWriter and NuggetStumpBlog.

I will definitely be back for lunch! Thanks for having me Benugo’s!

Disclosure: I was given a free lunch but wasn’t asked/paid for a review 🙂