S turned 7 months old a few days ago and it feels like the month where he’s developed the most…. 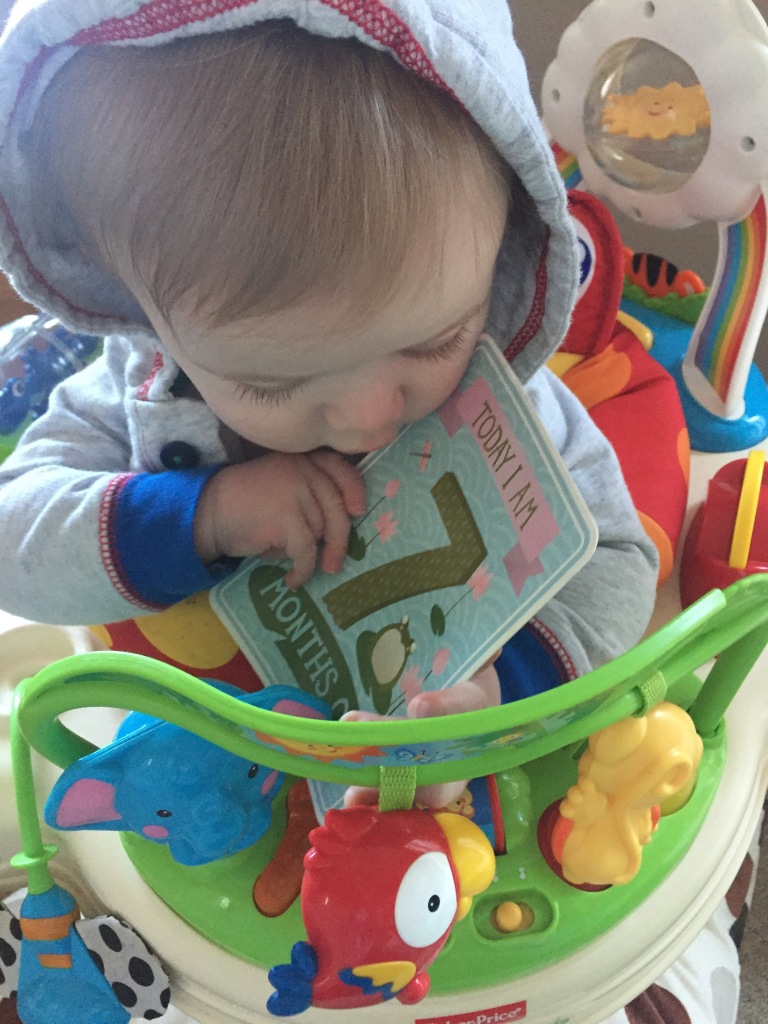 We started weaning him about 6 weeks ago and even though he doesn’t eat loads, he loves his food and will try anything we pop on his tray! His favourite thing is munching on broccoli!

I can’t remember if I said in the last update but he has two teeth (got them at about 5 months) which helps with the weaning! His top ones are imminent, so far he’s coping quite well with teething – his Amber anklet seems to be working!

We moved him to his own room a couple of weeks ago and he is sleeping SO much better! Goes to bed at 6/7pm and wakes once or twice during the night but… shock horror… twice now he has slept right through til 5.30/6am!!

He’s full of chat…. dadadadada and gah gah gah! He absolutely loves being in his jumperoo, more than his older brother did I think! He also sits up pretty well although not for long!

And one of his new skills over the last few weeks is waving, almost looks like the royal wave… cute! 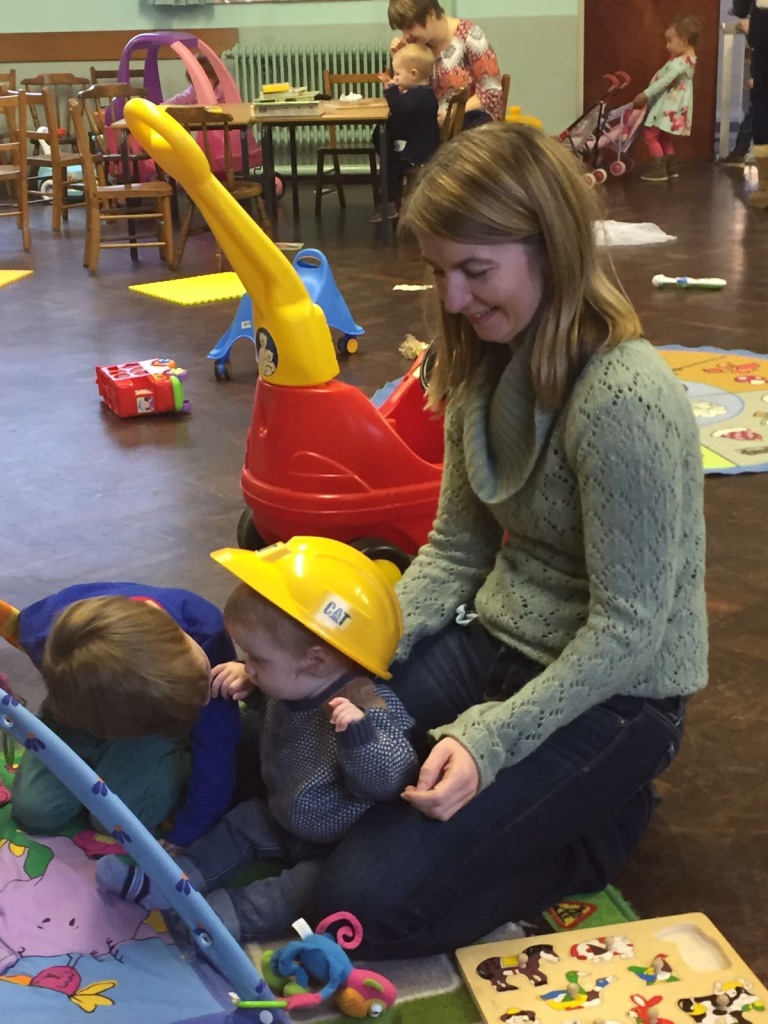 The new year brings us a new routine! Every Monday morning we go to a TotsPlay class which involves a few songs/dancing, learning a few signs and then playing with different sensory toys. Monday afternoons, Tuesdays and Wednesdays we’re free to meet up for baby dates etc, sometimes we go to a local baby group on a Wednesday morning.

Thursdays and Fridays we have toddler W in tow too and I usually take them to a baby and toddler group, class or messy play, or softplay… we like to mix it up! Both boys have swimming lessons on Friday afternoons.

They both adore each other (although W is a bit too loud for S at times!) the days I have both of them at home, W definitely helps me keep S entertained!

Here’s W’s 7 month update – hard to believe I was getting ready to go back to work, feel very luck to have a few extra months this time around!